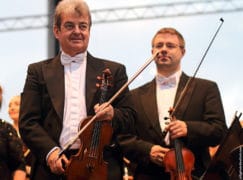 Some 38 years after he joined the London Symphony Orchestra, Lennox Mackenzie last night hung up his bow.

In that time, he often sat in the leader’s seat, both on stage and off. He was the orchestra’s chairman from 1988 to 1992 and again from 2004 to 2016, the longest such tenure in its history. The conductors he worked with extend from Claudio Abbado, Colin Davis and Andre Previn to Valery Gergiev, Pierre Boulez and Simon Rattle.

Before joining the LSO, Lennie was a founder member of the Arditti Quartet, then at the cutting edge of contemporary chamber music. I remember how chuffed the LSO were to have snagged him.

We shall miss him on the front row. 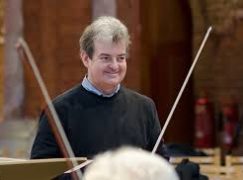