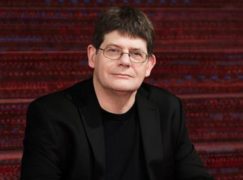 WNO has named Aidan Lang, General Director of Seattle Opera, as its next general director, starting in July 2019.

Lang, who is British born, said: ‘It will be a wrench to leave Seattle Opera, as the company is known around the world for its enthusiastic and generous opera community, and the warm and welcoming atmosphere it creates for its artists. But Welsh National Opera is where my career in opera really began, and I have always considered it to be my artistic home. It was during my time there in the 1980s that I came to understand the potential for opera to change the way that people view the society they live in, and that insight has been at the core of all my work ever
since. It is an incredible honour to be appointed as WNO’s next General Director.’

Lang will relocate to Wales with his wife, the singer and director Linda Kitchen, and their daughter, Eleanor. He replaces the outgoing artistic director, David Pountney.

« Does a quartet lose its character when a player leaves?