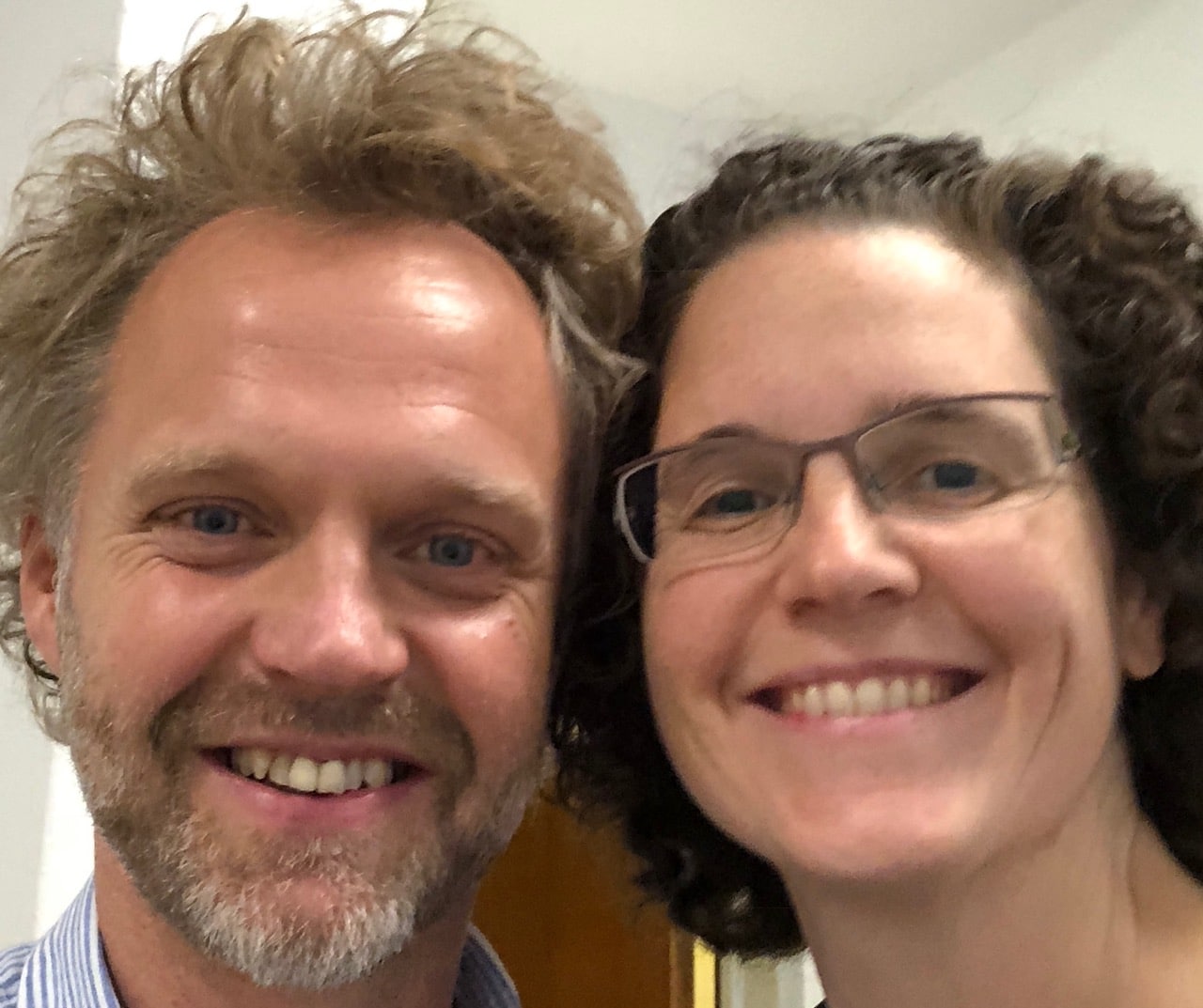 How to be a proper German concertmaster

Our diarist Anthea Kreston gets eight lessons in German manners:

It felt like the first day of school in a new city. My breath felt a little cold, my peripheral vision seemed extra-keen. I drove through Berlin, following directions to the parking lot of the Deutsche Oper, one of the three opera companies in Berlin. The building itself is gigantic – I drove entirely around it once before I found the parking sign – it is a complete city block, the country’s second-largest opera house.

I was sitting concertmaster this week for Berlioz‘ Romeo and Juliette, an extravagant and unusual work which features choir, soloists, and a large compliment of dancers. This was a nice, meaty challenge and perfect distraction from the somewhat complex week I was having, after the announcement that I would soon be leaving my quartet position.

Only 3.4 million residents (less than half the size of London), Berlin has three full-season Opera companies (Deutsche Oper, Staatsoper, and the Komische Oper), and in a recent season had, between them, 81 opera productions and 470 performances. No city can rival it. I couldn’t find city stats on 18-19, but gaging from the Deutsche Oper schedule, I can see 37 Operas, and 27 symphony/chamber productions.

I was a new kid on the block, and what followed was a series of things which solidified that obvious truth.

Lesson Number 1: The Shaking of The Hands:
A section leader is supposed to, I found out, shake the hand of everyone in their section every day. I did make the rounds, but I went more for a wave and a “hello”. By the second day, I was making progress at the shaking. That there’s a whole lot of shaking. Eventually I learned that I needed to very exaggeratedly shake my stand-partners hand at the end of every performance – this is a signal to the entire orchestra that they can start to file out of the pit, as the company on stage are taking their final bows.

Lesson Number 2:
How to Tune the Orchestra:
I was on the lookout for the Union Guy (you know that guy who stands by the big clock in every American orchestra and points to the concertmaster when it is time to tune?). Nobody. My standparter at some point just said – “you can go now”. So I stood up and got up on the conductor’s podium. Luckily I had thought to ask how many “A’s” they normally take. And when I returned to my seat, my stand partner said “you aren’t supposed to go up there, you are supposed to just stand right here and tune”. Oh great. I am making a terrific impression already.

The conductor, Thomas Søndergård, is Danish, and I mistakenly assumed this meant that rehearsals would be in English. It was a mix of German and English, and charmingly, sometimes English with German grammar – a non conjugated verb tacked on to the end of a sentence, word orders all topsy-turvey. I whispered to my stand partner that I would like them to point to the measure numbers that he says, just in case. My numbers are still a bit shaky under pressure – three hundred seven and forty can easily turn into 374 in my brain.

Søndergard is terrific. His priorities are musical, specific, easy to relate to, and his relationship with rhythm is fluid and natural. He is exacting, but also understands that some things need a bit of time to settle – he trusts the musicians to desire betterment. His obvious joy and connection to the music translates immediately to the orchestra. The rehearsals (and later performances) were an absolute pleasure to be a part of.

Lesson Number 4:
Make Sure You DoubleCheck If Your Google Calendar Is In 12 Or 24 Hour Mode:

In the car on the way to the first concert (there were 4 for this production, and the 1,800 seat hall looked to be full from where I was sitting, on my raised podium), my phone rang. I never have my ringer on, and even when I see someone is calling, I don’t answer, because there is the very real chance that they might want to speak German to me, but in this case, it showed up “Deutsche Oper”. Shitties. Did I mess something up? I quickly pulled over and pressed speaker – the orchestra manager said “are you here?”. My heart nearly stopped. Did I put 19:30 in my calendar, but it should have been 17:30??!?! I said “not yet, I am driving”, and she said “when will you be here?”. Oh my god. Ok, “20 minutes, is everything ok?”. “Yes – the conductor would like to see you in his dressing room 30 minutes before the show, I will come get you and lead you there”. Holy petuters. That nearly gave me a heart attack. But wait, why does he want to see me?

Lesson Number 5:
How to Avoid Getting Lost Inside Your Workplace:

On retrospect, I should have just had the Personelle Manager meet me that first day and give me a run-down. That would have been smart.
By now, I could find my way into the building, and I could even meander my way to the general area of the concert hall. But for the life of me, I couldn’t find the women’s dressing room. I wandered the halls, perking up when I saw a familiar site (oh, the old phone propped up by the door, the gigantic cross stuck in the huge cardboard box). Only on the final night did I find the dressing room the first time (take a left by the broken coffee machine).

Lesson Number 6:
Trust That You Know What You Are Doing:

My job was complex this week. Not only must I be very comfortable with my part, I must be quickly adaptive to the ways of this well-oiled machine. How much delay is there between ictus and sound? How much should I lead, physically? How fast or slow, or even can I, earn the respect of my section, the principal players, the winds and brass, and eventually, hopefully, the members of the other sections? If I come on too strong, too demanding, I will offend and cause a series of small mutinies. If I am too friendly, I won’t be taken seriously. Can the conductor rely on me? Can the instantaneous, minuscule adjustments be reacted to, translated immediately to my section, the leaders of the other sections? How interactive can I be – can I just be my normal self?

I had marked my score with little hints – like I do my quartet music – who has the melody, small rhythmic cues, which of the sections I play with. When I play concertmaster, I try to give as much internal support to the conductor as possible. This means – balancing for the melody (often the score does not indicate this), having a clear musical idea for everything (which can be immediately changed according to small indications by the conductor), and many small internal cues I can orchestrate with other members of the orchestra – a 16th note pickup with the violas, following the legato cello line to place and lead pizzicati, handing melodies to different winds, waiting that extra moment for the singer to get that note, supporting the intonation for the chorus. Things like that. I had, in a subconscious way, made a bit of a chamber piece of the work, even adding some nice slides or color fingerings. I noticed that the conductor heard all of these – he gave a little smile and nod for each, and I was heartened to hear my section, more each day, join me in these little moments of joy.

Lesson Number 7:
Never Give Up Wanting To Improve:

For my conductor meeting, I grabbed my score, pencil, and stationed myself outside his door. His first question – how long my have I been with the orchestra? I said, “three days”. He laughed a little and said, well then, fantastic job! Then we got down to business. He had a long, detailed laundry list – everything from teeny details, to things I had to go around and tell other people for him – also large-scale musical flow and balance ideas. He said – I know they don’t know you, so it may be impossible to communicate this effectively to them, but think of it as a nice challenge. He then asked if I might be amenable to coming before the next concert for notes. I said – it would be my absolute pleasure – I will just wait outside his door every evening, and if he wants to talk, I am there. And so we did – I loved having a new set of goals each day – he would clarify some things, give some key points, and I would tell him which section I really wanted to nail that evening, and he would give me some pointers.

I had a great week – I was challenged, I improved, and I met some new friends. As I take stock of my life, and make lists of the things that bring me joy, thinking of what my life could look like one year from now, I can, with confidence, add concertmaster of an orchestra somewhere to my list. Here’s to the next adventure!!