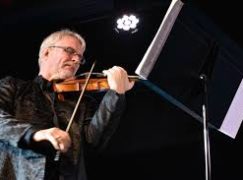 A lawyer for the Baltimore Symphony concertmaster Jonathan Carney has called a harassment charge by principal oboe Katherine Needleman ‘nonsense’.

Neil Ruther told CBS that Carney asked Needleman for a relationship in 2005. He showed up at her hotel room and left after approximately five minutes, bearing no malice. 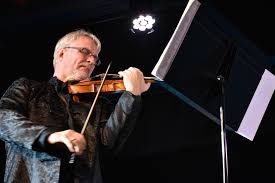 Carney’s lawyer says Needleman is trying to harm his client. Her complaint has gone to the Equal Employment Opportunity Commission.

Needleman has published her version of events on social media:

Today, I finally named my harasser publicly. It is the scariest thing I have ever done.

When I was appointed Principal Oboist of the Baltimore Symphony, it was a dream come true. It is a rare opportunity to get a job playing first oboe in a world-class orchestra, much less in one’s own hometown. My first couple of years were blissful. The past 13 have been anything but, as I have endured constant hostility from the orchestra’s leader and highest-ranking player, concertmaster Jonathan Carney, as retaliation for declining to have sex with him in 2005 and reporting him to management. As described in my Equal Employment Opportunity Commission (EEOC) charge, Mr. Carney came to my hotel room during an international tour in 2005 and asked to “complete our onstage relationship” by entering into a “sexual relationship.” This was a matter that I found appalling and offensive. Mr. Carney was married to his first wife with three children at the time. Once I rebuffed Mr. Carney, he began treating me very differently, disparaging and embarrassing me in front of my colleagues. I quickly brought to this BSO management’s attention, but the HR director at the time concluded that Mr. Carney had no reason to lie when he denied asking me for sex and making other lewd comments. BSO’s more recent investigations revealed that Mr. Carney lied in the first investigation, but imposed no consequences. Indeed, BSO even suggested I engage in mediation with Mr. Carney. Emboldened by the courage of so many others, and after years of frustrated attempts to have my complaints taken seriously, I have now filed a complaint with the EEOC. Only after retaining counsel this year did the BSO decide to reinvestigate my complaint, but despite corroborating much of what I reported, BSO has responded only by issuing a sexual harassment policy for musicians for the first time in late April 2018 and essentially admonishing Mr. Carney to behave better in the future.

I am privileged because I am a principal player with tenure and can speak out, as difficult as it is. I am afforded certain protections others are not. Sadly, as discussed in my EEOC charge, I believe there are other women I have worked with who have been put in the impossible position of being forced to decide whether to decline Mr. Carney’s advances or acquiesce. Declining means, if you are lucky like I am, daily hostility and efforts to undermine your work and authority, combined with physical intimidation and threats. Acquiescing can mean the difference between getting freelance work or not, getting a temporary move up or not, and getting a much-anticipated promotion or not. Acquiescing also is a tacit agreement never to tell what happened for women who value their families and careers.

I seek nothing from my charge besides the restoration of a safe and professional working environment and a new level of respect and accountability from the management and board of the BSO, an organization that relies upon the generosity of public and private support in order to exist.

It is my hope that the BSO takes note of how other orchestras are handling this pervasive problem in our industry, as it is an organization I have loved and admired since I was a small child, and one which I hope to contribute to artistically and professionally for many years to come.