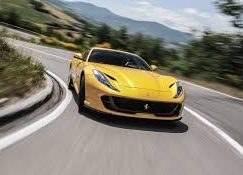 This week’s album is a five-star Ferrari

Universally popular in the first half of the 20th-century, the music of Ermanno Wolf-Ferrari has vanished into thin air. A Venetian of German ancestry and education, Wolf-Ferrari rejected modernism and allowed himself to become — along with Mascagni, Repighi, Malipiero and most Italian composers — a cultural poster-boy for the Mussolini regime. This affiliation accelerated his reputational decline after 1945; he died three years later.

But there is nothing ideological about his music. Nor is it in any sense reactionary….