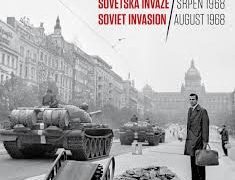 The day the Russians rolled into Prague

Fifty years ago today we awoke the the news that Soviet-led Warsaw Pact forces had marched into Czechoslovakia overnight, toppling the Prague Spring government of Alexander Dubcek and reimposing Kremlin terror.

It was a sickening blow to those of us who believed in a gentler road to coexistence.

Many Czech and Slovak friends escaped in the following weeks. Others went silent for years.

Much of the new music that welled up in the six months of freedom was suppressed. A Soviet orchestra was barracked at the BBC Proms. Slava Rostropovich, who played the Dvorak concerto, was in tears.

Everybody lost something that day.

To those who pretend that El Sistema is unpolitical »