From the Chicago Symphony memorial to James Mallinson, who died yesterday:

Lady Valerie Solti shared her thoughts. “I was so very sad to hear of James’ passing. What a fantastic amount of iconic recordings he masterminded that were such a very important part of not only the Chicago Symphony Orchestra’s legacy but also Solti’s own personal catalog. I especially remember him working so hard to get the breathing right in Tippett’s extraordinary Fourth Symphony and the balances in Schoenberg’s Moses und Aron, and the wonderful Brahms symphonies. James was a man of great skill and diplomacy, always so calm and self-effacing, one of the great unsung heroes. 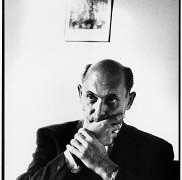