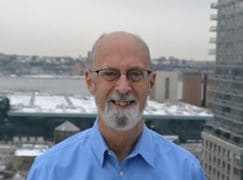 The music biz is in mourning for Charles Hamlen, a gentleman and caring mentor.

Co-founder with Edna Landau in 1979 of what became IMG Artists, Charlie quit the business after selling to Mark McCormack in order to start a charity for people with Aids, which was then ravaging New York. It is called Classical Action: Performing Arts Against AIDS.

He returned to chair IMG when its present owners got into moral and legal difficulties but he was never tainted by the seamy side. He was one of those people who made it possible for us to believe that you could work in the biz and still come out with clean hands.

Tributes are pouring in.

Ed Yim: One of our greatest people .

Anne Midgette: One of the true good guys in classical music has left the building. Such a kind man with such integrity and the courage of his convictions.

Janet Cowperthwaite: A brilliant, elegant, and kind man. A role model for many.

Crystal Wei: The first time I spoke to Charlie he was RSVPing to an event over the phone, and he gave me most gracious compliment even though we were strangers and I was a lowly assistant and we might never meet. I was so embarrassed. 10 years later we sat next to each other at work every day and it was always the same. He probably paid me 500 compliments over the years, and isn’t that a lot and a great more than most could do. There is no moment too mundane or dire to be held in grace and gratitude, and that I learned from the miracle superbeing that is and was charles Hamlen. I’m sure everyone has the same Charlie story. I will bowl for you forever. Gratitude.

« Try a different talent? Agent decides to be fulltime artist