Horror: A Mariinsky pianist is murdered for her autograph

At 93, rehearsal pianist  Nina Matsina was the oldest employee of Gergiev’s Mariinsky Theatre. Although she no longer played, she prepared scores for others in the music library.

Thieves broke into her apartment, tortured and killed her. It appears they were after her meagre savings for her funeral expenses – and a signed photograph she owned of the great bass singer Chaliapin.

Her carer has been arrested as an accomplice to the murder.

Nina had many friends around the music world who are devastated by her passing. God rest her gentle soul. 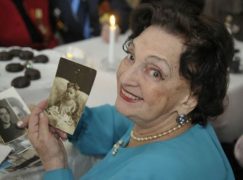