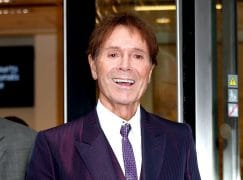 Why does the BBC never say sorry?

Sir Cliff Richard was awarded an initial £210,000 today for breach of privacy after the BBC hired helicopters to fly over his estate, in an attempt film his arrest on a baseless charge of child sex.

BBC News cannot afford to hire copters and had no business doing so, acting in collusion with South Yorkshire Police.

Clearly, some news executives overstepped the mark. They should have been fired the next morning and the BBC Director-General should have gone on his knees to Sir Cliff with a fulsome apology.

The BBC is never wrong.

So it forced the singer, 77, to go to court, where he won judgement with aggravated damages today.

The BBC has yet to admit it was wrong.

It is losing the public’s trust.

Schumann House will be rebuilt to add extra room for Clara »