The Purcell School has named conductor Paul Hoskins as head of music, a post abolished by the school’s last principal but one – or possibly the last but two, we’ve lost count.

His appointment, together with a tenor as head of school, is being hailed as a new era for the swing-door school. Let’s hope so. 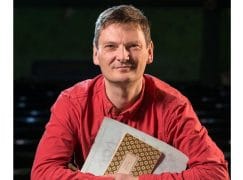