I must declare an interest: I really like this pianist

I need to declare an interest. I have described Steven Osborne elsewhere as the most interesting British pianist of his generation, a declaration which practically precludes me from reviewing his recordings, predisposed as I am to praise them. It’s a dilemma which I try to resolve by listening to everything that Osborne does and allowing at least a year to elapse between one enthusiastic review and the next. You’ve no idea how taxing this can be.

That said, I am happily immersed in… 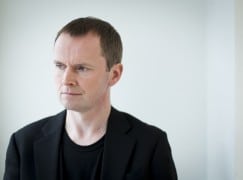