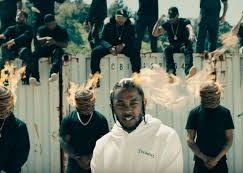 ‘Hip-hop is an important field of study, but proving its value can be tricky’

This hot potato won’t go away. The Pulitzer has made the breakthrough. In a decade, there will be more hip-hop professors in US universities than classical teachers.

From the Chronicle of Higher Education:

Despite the skepticism, many higher-education institutions today, including Harvard University and Cornell University, house large archives dedicated to the study of hip-hop. Anthologies and journals have been published, like the Journal of Hip-Hop Studies and the Smithsonian Anthology of Hip-Hop and Rap. Kendrick Lamar won a Pulitzer Prize for music for his album DAMN. The genre has thrived, and so has the research, Kubrin said.

Nitasha Tamar Sharma, an associate professor at Northwestern University, teaches a class and has published a book focusing on the racial and gender politics of hip-hop culture. The course traces the foundations of hip-hop, from its 1970s beginnings in the South Bronx, and explores its influence in politics, race relations, gender and sexuality issues, and other aspects of American culture.

Sharma said studying hip-hop benefits students because they are able to see the effects of the music as they unfold. Rap lyrics shape current events, she said, like a “soundtrack” to Black Lives Matter, #MeToo, and other modern movements. Hip-hop reaches students where they are, so they can learn more about the world around them, she said.

“All kinds of young Americans come to know themselves and understand the black experience through professors and teachers who are not in the academy, but who are rappers,” Sharma said…