US conductor is jailed for sex with underage girl

An award-winning conductor and ‘inspirational’ music professor has been jailed in Kansas for 31 months for offences committed in 2016 against a 15 year-old girl.

Carlos Espinosa-Machado was associate conductor with the Philharmonia of Greater Kansas City, conductor in residence  of the Taneycomo Festival Orchestra in Branson, Mo., and music director of the Kansas City Medical Arts Symphony.

Until his conviction last year, he was professor of music at Elizabeth City State University in North Carolina.

He will remain on the sex offenders’ register for the rest of his life. Court report here. 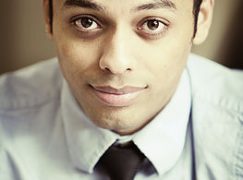