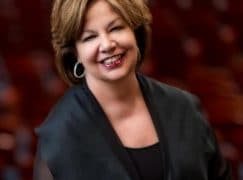 In October Danis will become CEO and president of the La Jolla Music Society and the Conrad Presbys Performing Arts Center in San Diego.

Despite the artistic triumphs, Danis couldn’t overcome FGO’s continuing issues of shaky finances and a declining audience base in Miami. (The company continues to be hobbled by a lingering deficit, currently estimated at $3.5 million.)

She also had to deal with the backstage intrigue of competing agendas, internal factions and backstabbing by those set on undermining her authority, which seem an inevitable part of presenting opera in Miami.

« Man in audience steps up to save Covent Garden Bohème