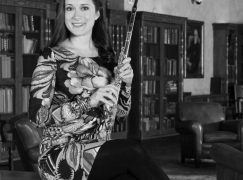 Brook Ellen Ferguson, principal flute of the Colorado Symphony, has picked up the baton from Elizabeth Rowe of the Boston Symphony, demonstrating that women wind principals are paid a lot less than men.

Brook has posted a recent decision by the National Labour Relations Board, ruling on her complaint that she was ‘underpaid compared to male musicians in similar positions,’ and this by a factor of 28 percent.

She alleged that the Symphony had been paying her less than her male colleagues on the principal woodwind block since she started with the Symphony in 2010; that the Symphony’s most-recent final offer in 2016 did not bring her up to the level of her male peers and was conditioned on waiving her legal equal-pay claims; and that she believed the Symphony was discriminating against her because of her sex in violation of Title VII of the Civil Rights Act and the Equal Pay Act.

The Colorado Symphony refused to provide details her fellow-principals’ wages. It has now been ordered by the NLRB to do so. What follows should be of universal interest. ‘This is not an isolated experience,’ Brook tells us. ‘It is rampant.’

UPDATE: Brook tells us that since the NLRB ruling, the Colorado Symphony has made efforts to remedy the disparity. However, she is still paid quite a bit less than several musicians in the woodwinds and brass sections.

The other point worth underlining is that the precedent-setting NLRB ruling has given every musician in the US the means to demand fair play from those who fix their wages.

« Death of a Russian chorus legend

Cleveland Orchestra cellist: We all play with pain »