What if Lucretia is raped by a woman?

In Tasmania, they have reversed the roles in Benjamin Britten’s chamber opera … and nobody seems happy. 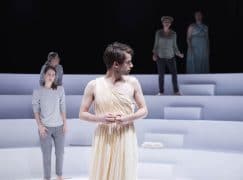 But when was Lucretia ever comfortable to experience?