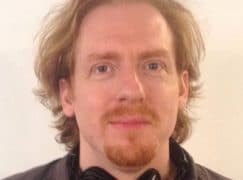 You may remember Ethan Hein.

He’s the Doctoral fellow in music education at NYU who regards classical music teaching as a symptom of white supremacism.

Now he has written another carefully considered paper:

Music education is in a ”crisis of irrelevancy” (Reimer 2009, 398). Enrollment in school music has declined precipitously for the past few decades. Budget cuts alone can not explain this decline (Kratus, 2007). School music teaches the competencies of European-descended classical music: performing acoustic instruments in ensembles, reading notation, and following a conductor. Youth culture, meanwhile, values recorded music descending from the vernacular traditions of the African diaspora, substantially produced using computers. Hip-hop is the most popular genre of music in the United States (Nielsen 2018), and by some measures, in the world (Hooton 2015). Yet it is vanishingly unusual for hip-hop to be addressed in an American music classroom. Even when educators want to do so, they rarely have the necessary experience or knowledge….

Why is it so important that music education embrace hip-hop when students are already immersed in it outside of school? There are three main reasons. First, if music educators wish to foster students’ own musical creativity, then students must be free to create in the styles that are meaningful to them. Second, while many young people enjoy listening to hip-hop, few know how to produce it. Third, and most important, music is a site where social and political values are contested, symbolically or directly. The Eurocentrism of school music sends a clear message about whose cultural expression we value. While the white mainstream loves hip-hop, America showers the people who created it with contempt (Perry 2004, 27), and sometimes violence. By affording Afrodiasporic musics the respect they deserve, we will teach students to similarly value the creators of those musics….