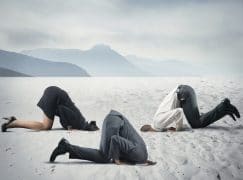 So not all Berliners were crazy about Rattle

There is a bit of a flutter going on in the classical coterie about an article in VAN magazine which makes clear that Simon Rattle’s long tenure at the Berlin Philharmonic was not altogether harmonious.

Under the strapline ‘The orchestra doesn’t look at him anymore,’ the article quotes a number of dissidents (unnamed) and supporters (named) who confirm that the orchestra was divided about his leadership. Nothing new in that, nor surprising. Rattle was elected by a 60:40 margin over Daniel Barenboim and that proportion remained the same when tested in a second vote a decade later.

I made a film for the BBC in the early 2000s analysing mutterings of discontent in the orchestra and the audience, and I got roundly scolded for it in just about every corner of the classical world – because we don’t talk about such things, do we? Candour, I described elsewhere, was ever one of Rattle’s finest qualities.

I’m delighted to see that VAN has published such a frank and balanced account of a central musical relationship which, as Rattle himself admits, was never easy. And I’m appalled to find that the ostriches of classical music are still flaunting their thinking parts at anyone who dares to write that not everything in the garden is rosy.

Want to know what’s wrong with classical music? The ostriches.

They never seem to grow up.

Hilary has gone back to Bach »