New York City Opera gets out the begging bowl

One of the last acts of City Opera before it collapsed under George Steel’s management was to attempt crowdfunding, seen as a desperate act for an established company.

Now it looks as though the revived City Opera is getting into trouble again with an uninspired appeal.

Last week you heard about our exciting commission for the 2018/19 season—Stonewall. You read about the incredible creative team we’ve assembled including composer Iain Bell, Pulitzer Prize-winning librettist Mark Campbell, and Broadway veteran director Leonard Foglia. You helped spread the word about this exciting project commemorating the 50th anniversary of the Stonewall uprising to your friends, family, and social media communities.

Now, “The People’s Opera” is excited to share how you, the people, can own a piece of this historic production!

Today we are launching a campaign via Patreon allowing you to commit to a monthly gift in support of Stonewall. You can even choose which part of the opera you would like to support—from production elements like lighting, set design, and costumes, to supporting talent right down to the breakroom tea and honey for our hard-working singers. 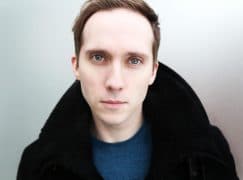