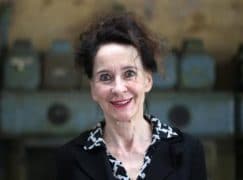 The concert of the Young Fathers advertised for the 18 August in the Turbinenhalle Bochum as part of the Ruhrtriennale is not to take place. This decision was preceded by a request by the Ruhrtriennale that the band distance itself from the campaign “Boycott, Divestment and Sanctions” (BDS).

The Ruhrtriennale’s Artistic Director Stefanie Carp: “Regrettably, the Young Fathers have not distanced themselves from BDS. We explicitly do not conclude from this that the band is anti-Semitic, and, in this context, I consider it important to emphasise that criticism of the policy of the current Israeli government is not per se equivalent to anti-Semitism. However, the Ruhrtriennale distances itself in all forms from the BDS movement and wishes to have absolutely no connection with the campaign. We have therefore decided to cancel the concert. We regret this immensely, because the Young Fathers would have set an important tone in the programme of the Ruhrtriennale.”

Tickets already purchased will be refunded by the Ruhrtriennale. Therefore tickets can be returned at the ticket selling points they were purchased.

« New York City Opera gets out the begging bowl