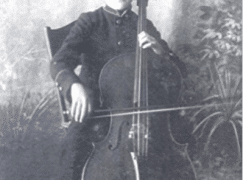 From our bookclub moderator, Anthea Kreston:

The Fortnightly Music Book Club continues this week with a deeper look into the wondrous life of cellist Gregor Piatigorsky. Questions by readers are answered below by our guest host, Evan Drachman, a Curtis-trained cellist and grandson to Piatigorsky.

Our main source is “Grischa” by M. Bartley. A dramatic narrative based on interviews with Piatigorsky’s widow, two children, and a myriad of former students and colleagues, it traces his life from a child until 1942. In addition, with the input of readers, we have expanded the reading to include both The Cellist, (Piatigorsky’s out of print autobiography but available for free here – http://www.cello.org/heaven/cellist/index.htm) and Terry King’s book The Life and Career of the Virtuoso Cellist (available on kindle). Readers are encouraged to submit question based on any of these books, as we will be looking at Piatigorsky with a wide lense. Please continue to submit questions via email to: Fortnightlymusicbookclub@gmail.com. 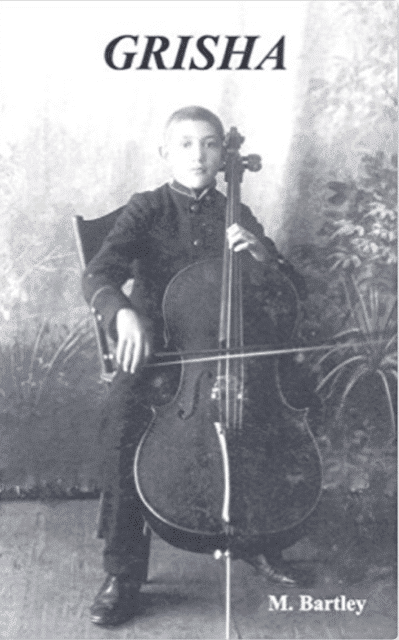 I first met Evan Drachman when I was a young teenager – he happened to be dating one of my older sisters. After reading these books about Piatigorsky, I can absolutely see his grandfather (and grandmother) in him. He is a handsome, large-framed man whose presence and generous laugh fills any room he is in. He also has the qualities of a Rothschild – a quiet dignity and natural poise. In a funny series of circumstances, I ended up with his mother’s Diesel Volvo as my first car (on which I learned to drive stick). Thank you, Evan, for taking the time to answer these questions. 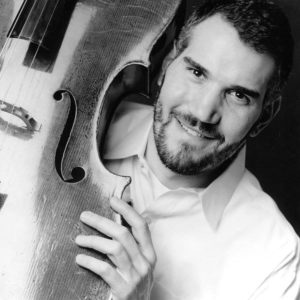 Question:
Piatigorsky was a unique musician – able to tell any story, with honesty, through his cello. How much of this ability was fostered through his early years of playing for his life, in often desperate situations?

Answer:
Piatigorsky’s ability to tell a story was legendary. Audiences during and after the concert sat mesmerized by the tales that he spun. Nathan Milstein once said that it was only at the end of one of Grisha’s fabulous stories that he realized that he himself was supposed to have been in the story. I was lucky enough to get a taste of Piatigorsky the raconteur when I was a young boy. He told me stories about the boy he knew with wheels instead of feet. He told me of the time he had been attacked by a bird and spent a year of his life (having transformed into a bird) flying around the jungle looking for the bird that could turn him back into a human being. He had a special ability to push people up and make them feel good about themselves. This story telling came through in his cello playing. He could make his instrument speak. Early in his career, Piatigorsky met and performed on the same programs as the Russian bass Feodor Chaliapin. Chaliapin told the young cellist how to sing through his cello, to make his cello speak like a singer. Did this ability come from his early years of playing for his life? It is impossible to say. Perhaps the fact that he innately had this talent helped him to survive during his early life.

Question:
How old were you when your grandfather passed? How much time were you able to spend with him, cellist-to-cellist? In what ways did he influence the direction and philosophy of your life?

Answer:
I was twelve years old when my grandfather died. I had just started the cello, and I did get to play for him once shortly after I began. After listening to me play, he made me promise never to take the cello seriously. He said that if I was successful I would spend my life alone in a hotel and an airplane and I would be miserable. If I wasn’t successful, I would be miserable that I wasn’t miserable! Years later I found out that just following that conversation he spoke with my grandmother. He told her that it was already too late. “He has tasted the blood of music, there is no turning back”.
My grandfather influenced my musical direction in a number of ways. Certainly, I adored his sound and expressive abilities on the cello. I have listened all my life to his recordings and still find them to be extraordinary performances.

Question:
Piatigorsky seems to have had an almost fanatical devotion from his former students. Do you think the cello was, for him, a tool by which to impart a deeper understanding of human nature?

Answer:
Unfortunately, I did not get the chance to study with my grandfather. I did get to study with many of his students and learn much of his knowledge second-hand. His students describe lessons as being far more than work on a piece of music or an instrumental technique. Piatigorsky taught about life. He felt that the world was too big a place to limit yourself to just sitting in a practice room. Michael Tilson Thomas (a class pianist for GP’s USC class) once told the story that a new student arrived in Los Angeles and asked my grandfather how many hours a day he should be practicing. He said that to that point he had been practicing 6 hours a day but perhaps he should increase that to 8 or 10 hours. Piatigorsky responded that a monkey practicing 10 hours a day could after a while play a pretty good Dvorak concerto. There is too much in life that one would miss. You should be able to practice 3 or 4 hours a day with good concentration and spend the rest of the time exploring the world. Lessons were often all day affairs. They would come in the morning, stay for lunch, a walk on the beach and sometimes dinner as well. They were indeed as much life-lessons as cello lessons.

Question:
Were Piatigorsky‘s years of living hand-to-mouth something that gave him super-human strength? He seemed to be incapable of fear and regret – only looking forward with a determination and unwavering self-confidence.

Answer:
I believe that my grandfather’s survival instincts kept him alive during the difficult years. I have to admit that I have a very tough time reading about his childhood. The thought of abandoning an 11 year-old boy in a foreign city with no money and no food and telling him to earn enough money to make his way home is utterly devastating. I can’t help but think of my own 12 year-old son Oliver.
I don’t know if he had fear or regret. I do know that the scars remained throughout his life. Even late in life he used to tell my mother that he sometimes had cats scratching from the inside to get out. He did not show this side to the public but revealed it only to his immediate family and closest friends. I once had the opportunity to spend a day in Albuquerque, New Mexico with Ralph Berkowitz, my grandfater’s long-time pianist. He was in his late nineties at the time. I even got to play some of my grandfather’s transcriptions with him! He told me stories of long tours in which a dark mood would overtake Piatigorsky. I think deep scarring is almost impossible to erase.

Unwavering self-confidence is only a façade. Piatigorsky suffered from stage-freight as much as any artist. He used to say that night after night he willingly walked onstage towards the electric chair and his own execution. About practicing before walking onstage he said that it was like breathing lessons before dying. There are a few wonderful stories in his autobiography Cellist about his performance anxiety. I won’t spoil them here…they are both revealing and highly entertaining!

Thank you all, and see you in a Fortnight!