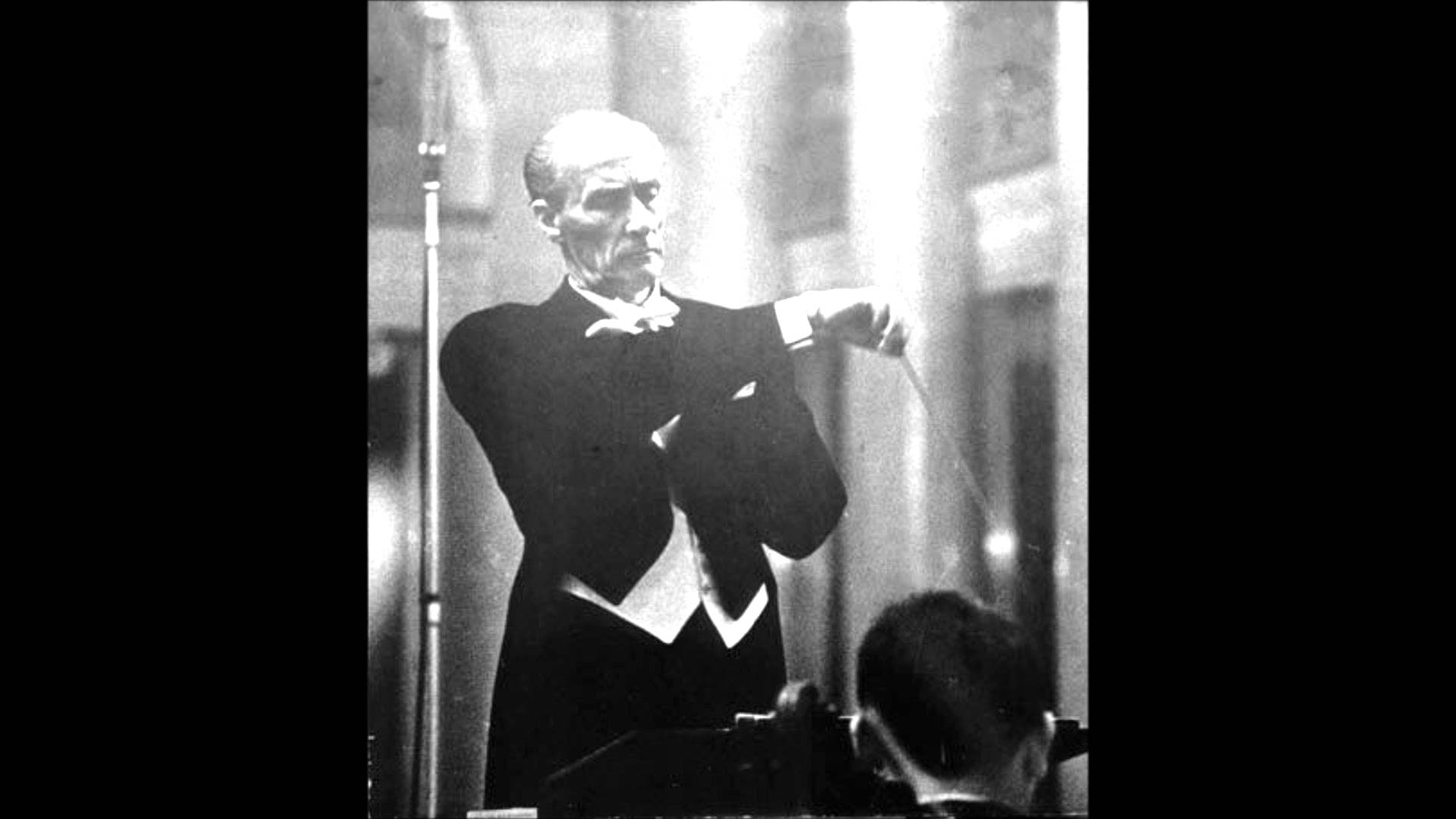 We have been sent a fascinating memoir by the sculptor Gavril Glickman (1913-2003), a close friend of the Lengingrad music director Yevgeny Mravinsky, an aloof figure who premiered most of the Shostakovich symphonies.

With the famous conductor Yevgeny Alexandrovich Mravinsky, I was connected by many years of friendship. The popularity of this successful, world-famous maestro was very great. The audience was fascinated by the tall, handsome man, tightened in an elegant suit, when he stood on the stage in front of the orchestra. I have watched on many occasions how Mravinsky, with a fluttering gray hair, an impenetrable face and cold eyes, indulges condescendingly and casually in front of the crowded hall. As now I see his well-worked-out barely perceptible smile during the bow, when even the party bosses in the government box of the Great Hall of the Leningrad Philharmonic heartily applauded their favourite.

In the finale of the concert, the hall usually got up, and Eugene Mravinsky was brought baskets of flowers … Even poor students threw modest bouquets on the stage. And when the orchestra left the stage, the public stood for a long time in front of an empty stage, and the conductor gave her one more, the last exit … It looked very impressive: the graceful figure of the maestro against the background of the organ, in a low bow of gratitude for recognition. A little later, in the crowded Blue Room, exhausted, in a fresh sparkling shirt, the famous conductor did not very generously give autographs. And then in a narrow circle of composers, musicians and the closest people, he once again condescendingly accepted compliments and delights … And even far after midnight, Mravinsky’s cozy apartment was ringing. Forgetting about the dream, the maestro gave orders about the upcoming rehearsals, concerts,

Could the fate be greater and more beautiful? In the Philharmonic, wherever you look, there were his big photos everywhere. In the foyer, an exhibition was displayed showing Mravinsky’s path from student years to the heyday of glory. Here you could get acquainted with the foreign press about him in Russian translations, with brilliant compliments … The image of the maestro was whimsically and enticingly supplemented by numerous oral stories about him: about his mystical moods, about the fact that this “favorite of Smolny” is very religious, that he constantly donates money to the church, strange stories about a big picture of a wolf’s muzzle with eyes full of melancholy and sadness that hangs in Mravinsky’s apartment … This was (and maybe, I thought sometimes, it was not at all!) conductor Yevgeny Mravinsky – the pride of Soviet music. And for me, not only before our acquaintance, but then this man was in many ways a mystery. And it became creepy when dark mysteries and contradictions of his soul opened before me.

I accidentally managed to take a small photograph to the West. In the picture taken at the Composers’ House in Komarovo (not far from Repin’s “Penates”) – Mravinsky, his sculptural portrait and myself. Mravinsky was photographed at a time when he seemed to be trying on his sculptural image. Evgeni Alexandrovich lived in a cottage with his wife, Inna Mikhailovna Serikova, who soon died of bone marrow cancer. In my little “Muscovite-401” there were always stretchers, paints, plasticine. And when we met with Mravinsky, I always tried to capture his extremely expressive face and figure. Evgeni Alexandrovich was very friendly towards my work, and I had no material interest, and I worked easily and freely.

Much weakened, Inna Mikhailovna went out on warm evenings from the cottage, and Evgeny Alexandrovich tenderly supported her. They approached my sculpture, watched. Inna Mikhailovna, animated, praised it. Eugene Alexandrovich was wearing a warm, red square Scottish jacket, and next to him the pale, almost otherworldly Inna was illuminated by some heavenly beauty. Later, remembering these days, I painted her portrait – “A Woman with a White Cat”.

Near the House of Composers was the dacha of N. K. Cherkasov. Evgeni Alexandrovich sometimes left for a short time to his friend of youth – he called him Kolka. I stayed with Inna. One day, Mravinsky returned from the Cherkasovs late at night. It was a stifling night. A lot of white butterflies struggled frantically against the glass of the veranda. Evgeny Alexandrovich came a little tipsy. Blushing with rapid walking, thin, fit, tanned, with a flowing head of hair, he embraced me and shouted: “I’m now like Siegfried!” But these rare happy evenings with elevated mood were replaced by gray, sad mornings. Already for many years he took a lot of sleeping pills at night. Mravinsky told me that he was repeating himself, waking from a heavy dream: “In the morning, Schema, in the evening, fluids.”

Inna weakened more and more. Sometimes I had to bring nurses with equipment from the Institute of Blood Transfusion to my car. The doctors’ consultations came. She was cheered, but Mravinsky was told the end was near. Soon the patient had to be transported to the city. They lived on Tverskaya Street, near Smolny, in a small two-room apartment. Evgeni Alexandrovich introduced me to a tall, athletic-looking blonde. Introducing this flute player to the philharmonic orchestra, he said: “This, Gabriel Davidovich, is our real man.” He hinted at the negative attitude of the young woman to “Sovdepie” and “hegemon” (the characteristic words of Mravinsky). A modest, helpful woman appeared in the house, who carefully looked after the sick Inna. She called me once in early August at five o’clock in the morning.

I immediately got into the car. It was a very warm and quiet morning. Quickly rushed to the Mravinskys. Inna lay on the bed, majestically pacified, asleep with eternal sleep. She had no traces of suffering on her face, she retained her former beauty. A brown silk handkerchief tightly pulled off his head and jaw. Especially I remember the swelling of her tender mouth. Mravinsky was gloomily calm. There were no tears on his face. I did not stay long; only asked Yevgeny Alexandrovich whether we would remove the mask. “No, do not,” he replied. I went to my workshop and immediately began to sculpt Inna on her deathbed. For about 12 hours I returned to Mravinsky. The apartment was filled with people: musicians, artists, acquaintances. Inna lay in the coffin, its lid propped against a wall on which Yevgeny Aleksandrovich’s portrait hung. It was symbolic. Inna’s father – elderly, deaf, gray-haired, with features carved out of a dark tree, stood next to his daughter’s body, completely detached from all around him. Evgeni Alexandrovich was in a black suit, with a tie.

It was hot weather. At five o’clock the funeral procession moved to the Theological Cemetery. At the front door, in the street stood a tall, thin Cherkasov in a tightly buttoned cloak, silent and lonely. The funeral did not last long. No speeches. With difficulty, they carried the coffin past closely-fitting monuments to the dug grave. Yevgeni Alexandrovich stood at Inna’s headboard and with his long moving fingers mechanically shook off specks of dust that settle on her white attire. The coffin was closed and lowered into a deep pit.

We came back to Mravinsky in the office car of the Philharmonic. The door was wide open. The apartment had been washed and cleaned, the table was laid. The wake was short. Everyone left without saying a word.

Soon Evgeni Alexandrovich went to Ust-Narva, where he rented a room, and in the autumn he was in the city, rehearsed and gave concerts. Near the House of Peter I was a large house. Evgeni Aleksandrovich was given a large apartment there, he had all the regalia: Hero of Socialist Labor, a laureate of the Stalin and Lenin Prizes.

By this time he had a new wife. Evgenie Alexandrovich told me that Inna asked him to marry this woman. The apartment had stylish furniture. Inna’s favourite cats, as she called them, “kisans”, occupied a place of honour. They even had a separate lavatory. The days were smooth and relatively calm. In the evenings, Mravinsky and his new wife were busy with at the ouija board. Inna spoke from the other world: “Darkness will dissipate, there will be light,” “Prepare for the meeting. Everything will be blue and pink.” Evgeni Alexandrovich asked me not to tell anyone about the sessions, but everyone in the city knew about it…. 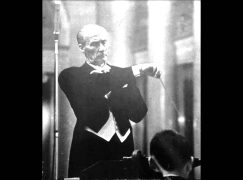 But: Was Mravinsky really #1?