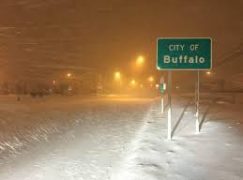 The successful candidate must have a thorough knowledge of orchestral repertoire, conducting experience, a commitment to equity, inclusion and diversity in the arts, command of the English language and the interest and ability to expand and build connections for the BPO within the Greater Buffalo community.

ELIGIBILITY:
This position aims to create a significant work experience for a qualified musician of, but not limited to, African-American or Latinx descent.