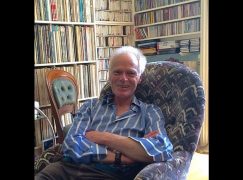 Robin Holloway will be 75 in October.

He has received seven commissions through his life from the BBC Proms but nothing much is happening in this birthday year.

Have we got time for an encore? »