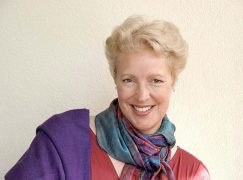 The soprano Kristine Ciesinski has been identified as the pilot of  glider that crashed yesterday in Grand Teton National Park.

The name of the other casualty has not yet been released. Kristine was named as pilot of the glider.

Married to the British bass-baritone Norman Bailey, she lived in the UK for many years before moving to the Teton mountains.

It is my sad task to inform you all that Katherine’s sister, Kristine, was killed yesterday in a glider crash just inside the south boundary of the Grand Teton National Park. The helicopter pilot who located the wreckage noted a detached, inverted wing, so the questions will compound for some time. Kris was a twenty year flight veteran, a flight instructor, and a Civil Air Patrol captain, in addition to one of the finest Salome’s I’ve ever heard.

We are overwhelmed with the love and condolences coming in from, quite literally, everywhere and I cannot assemble words adequate to thank you all. Please know that we, all of us, appreciate your thoughts. It has been an horrendous fourteen hours.

« Breaking: Bernard Haitink is too frail to conduct today

The Queen gives music medal to a NY composer »