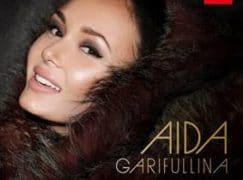 A Russian called Aida will kick off the World Cup

Russian soprano Aida Garifullina will duet with international pop superstar Robbie Williams at the Opening Ceremony of the 2018 FIFA World Cup on Thursday 14th June in front of a global audience of millions. She will take to the stage to perform two songs with Robbie at Moscow’s Luzhniki Stadium, just half an hour before the start of the first match between Russia and Saudi Arabia (scheduled for 6pm local time).

Aida says, “The FIFA World Cup 2018 is the one of the most anticipated sporting events this year and I am so excited to be performing alongside Robbie, whose songs I have loved since I first started singing as young girl. It’s such an honour and I hope I can do my country proud and give the competition the amazing kick-start it deserves.”

Aida is also taking part in the Red Square Gala Concert in Moscow the day before, joining a host of famous names from the world of opera – including Anna Netrebko, Plácido Domingo and Juan Diego Flórez – for a celebratory performance which will be broadcast on Wednesday 13th June. Aida will perform the signature track from her award-winning debut album ‘Je veux vivre’ as well as a duet with Juan Diego Flórez from Verdi’s Rigoletto.

Britain’s next rising baton is a Spaniard »