This year’s opera supersub is…. 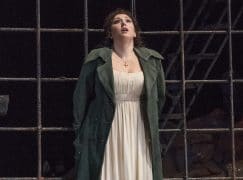 She jumped in as Tosca for Netrebko at the Met and for Yoncheva in Philadephia.

She replaces Elena Stikhina who ‘has withdrawn from all future productions,’ according to the Paris Opéra.