This pic is doing the social media rounds.

It shows red-shirted Sir Simon Rattle, outgoing chief of the Berlin Phil, sharing a moment with one of the orchestra’s violists, Joaquin Riquelme, a Real Madrid supporter. 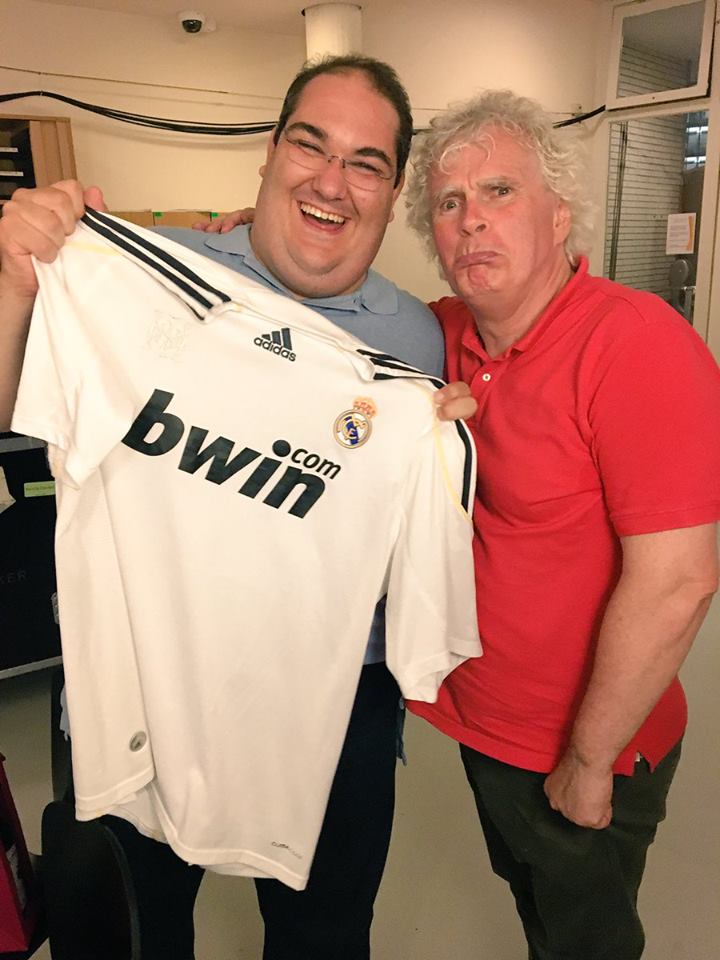