From Peter Dobrin at www.philly.com.

Sonya Yoncheva has canceled upcoming performances of Tosca with the Philadelphia Orchestra, an orchestra spokeswoman said. The Bulgarian soprano has been suffering from double otitis (an ear infection) and has been advised not to travel, said the spokeswoman.

The appearance by Yoncheva… was to have marked her Philadelphia Orchestra debut. “I finally got the Tosca that I’ve been dreaming about,” said conductor Yannick Nézet-Séguin in Feb., 2016, when the season was announced. 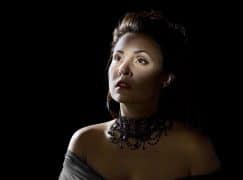