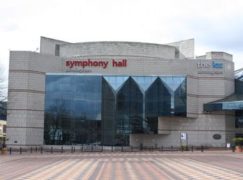 Should we stop letting water bottles into symphony halls?

Here’s what a reader tells us happened on Tuesday night at Symphony Hall, Birmingham, when Sir Simon Rattle conducted the LSO in Mahler’s 9th:

‘During the first movement, an older lady appeared to drop a bottle of water, which made enough noise to be distracting. Annoying, but I’ve seen far worse. This was followed by a much more distracting ‘hush’ by a man on the same row (top circle, third row).

‘All was well until the end of the movement, when the same gentleman tried calling something over to the lady. Not yet satisfied, at the beginning of the second movement, he stood up, squeezed past about ten seats and began to shout at this lady. He told her to ‘take the fucking bottle of water out the hall’ and claimed he’d ‘stop the whole concert if she didn’t go’, all during the music.

‘Although short, this gentleman was rather large, leaned in towards the sitting lady with real aggression, spitting in her face and leaving her visibly upset and shaken. He then tried to call over a steward to remove the lady, but was unsuccessful.

‘The lady appeared close to leaving, but thankfully stayed. Other audience members were as shocked as I was and some made this clear to the man after the concert. It’s unclear why the man was so aggressive or why he thought he had the power to stop the concert’.

« The soloist in the Elgar concerto works at a supermarket checkout