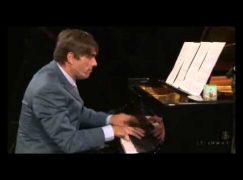 Sexual abuse is common ‘at almost all German music academies’

The composer Moritz Eggert, professor of composition at the Munich Hochschule, has been talking about the jail sentence handed to his academy’s former president, Siegfried Mauser.

He tells Deutschlandfunk: ‘I believe one can say with fairly great certainty that there are such cases at virtually all the music academies in Germany.’ Mostly, says Eggert, the accusations are hushed up and the professors go on to get a better job in another college.

At the Munich Hochschule, he says, there have been instances of professors showing their genitals to students and reports of various forms of harassment, up to and including rape. Eggert says he was threatened with the sack when he asked too many questions.

A second Munich professor, a well-known composer, is due to face trial soon.