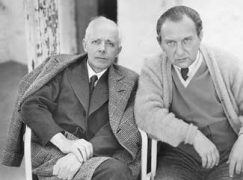 Today, in the paper that is often 30 years behind the times:

Why Do We Reward Bullies

I despise bullies. This doesn’t stem from my playground years but rather from a career in my 20s performing with a professional symphony orchestra. Orchestra conductors are notorious tyrants, cruel and demanding, with near-total control over the artistic lives of the players. To consolidate power, they turn players against one another, prey on weakness, destroy confidence. As we used to note, many conductors are evil geniuses, but all are evil.

Over the decades since that time, my position on conductors has softened (a little), but my position on bullies has not. And I believe a big majority of the population shares this antipathy. Witness the box-office success of movies like “Horrible Bosses” and “Revenge of the Nerds,” in which bullies get their comeuppance. Consider also the frequent anti-bullying public service efforts, the latest of which is the first lady Melania Trump’s “Be Best” campaign.

So it is mystifying that the ultimate market-based phenomenon in a democracy — political discourse — is currently dominated by this despised character trait….