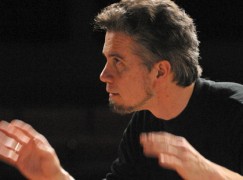 In a highly unusual case, the Boston-based conductor Jonathan McPhee is suing Symphony NH for unfair dismissal from his post as music director.

McPhee claims he was fired after raising concerns about the orchestra’s financial audit.

‘Mr McPhee noticed an inaccurate and unspecified artist expense in the amount of $10,000 was included in the financial reports,’ says his deposition.

Symphony NH, which is the oldest professional orchestra in New Hampshire, denies misconduct but gives no reason for the conductor’s dismissal.

McPhee is now music director of the Lexington Symphony.

« BBC farms the Proms out to indies

Just in: BBC R3 presenter is hired by NY’s WQXR »