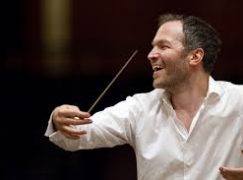 Accusations have been made against Michael Hofstetter, Generalmusikdirektor in Giessen, that he raised his hand to strike a female stage manager after musicians were slow to return from their rehearsal break.

Other claim of failed anger management have also been lodged with the city authorities, which are unsure what to do and have referred the matter upwards to the state of Hesse.

Hoftstetter, 56, says he has done nothing wrong and the opera is performing better than ever.

And there the matter rests, for the moment.

« In Utah, accusations against a youth symphony chief

ENO’s new season? Not much there… »