We reported yesterday that Elena Stikhina had pulled out of Trovatore in Paris.

The Opéra said she had ‘withdrawn from all future productions.’

That’s not what we hear. Peeps in her entourage say that a 24 hour delay in the receipt of her European visa meant she would have arrived one day late in Paris for rehearsals. So the Opéra dropped her. Just like that.

Soon after, Elena Stikhina was asked to sing five Toscas at the Berlin Staatsoper, starting this Saturday.

So who’s the loser? 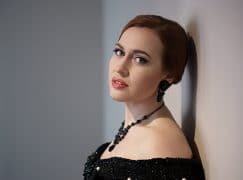