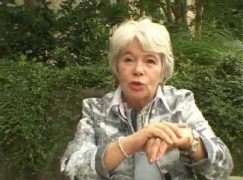 Death of an iconic piano teacher, 76

A professor at the Levine School of Music at Washington DC she was highly regarded by such rising artists as Dmitri Masleev, Nikolai Lugansky and Lucas Debargue.

Her father, Abram Isaakovich Rozhansky, was chief defender in a series of Soviet anti-Jewish trials between 1969 and 1975.

Irena mingled with dissident poets and smuggled out their works, while playing in Andrey Boreyko’s period instrument ensemble. In 1980 she left for Israel, where she developed an advanced practice in music therapy. Six years later she moved to the US.