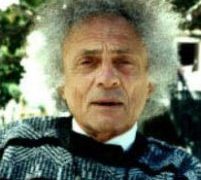 Conductors Guild activist has died at 98

Jonathan Sternberg, one of the founders of the Conductors Guild in 1974, died in Philadelphia on May 8, at the age of 98.

A gregarious man who wore his great knowledge lightly, Jonathan conducted in Shanghai while in the US Army in 1946 and went on to perform and record with various ensembles in Vienna, working closely with the Haydn scholar H C Robbins Landon. Among his soloists were Yehudi Menuhin, Henryk Szeryng, Alfred Brendel, Annie Fischer, Maurice Gendron, Lisa Della Casa, Hilde Gueden and George London.

« The Handmaid’s Tale will play on historic basketball court