A teacher at the Zurich University of the Arts, See Siang Wong, 38 has recorded for Decca and Sony and has performed with Pierre Boulez among other eminent conductors.

In the TV final, he cooked fish in a banana leaf and beef randang. With a light touch, we are told. 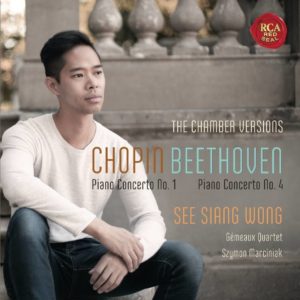