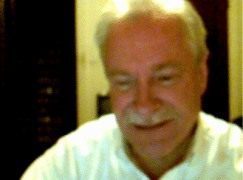 John von Rhein has signed off at the Tribune after 40 years:

On a personal note, I would like to announce my upcoming retirement as classical music critic of the Chicago Tribune. When I step down July 1, I will have held this position at the paper for nearly 41 years, a record for Chicago (and perhaps U.S.) musical journalism insofar as I have been able to determine. It’s been a great ride, but the time has come to move off into other ventures and give somebody else a shot at one of the best jobs in journalism.

Von Rhein, 72 will be succeeded by Howard Reich, author of a Van Cliburn biography, who has a strong background in music coverage of all kinds, and who will continue covering the jazz beat as well.

Germany gets a Jewish orchestra »