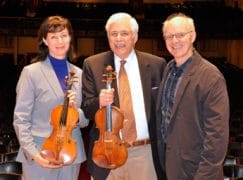 The son of a veteran cellist has given the orchestra two rare violins.

From the BSO bulletin:

Dr Michael Nieland is the son of former BSO cellist Mischa Nieland who was a member of the BSO for 45 years, from 1943 to 1988. In 2004, four years after his father’s death, Dr. Michael Nieland and his mother, Stella Nieland, made a gift of $1 million to the BSO in honor of Mischa Nieland’s commitment and love for the orchestra, endowing the Mischa Nieland Chair. This chair is currently occupied by cellist Sato Knudsen, who began at the BSO a few years before Mr. Nieland’s retirement. 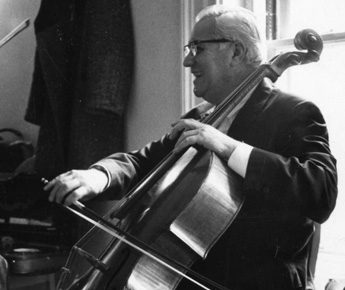 Like his father, Dr. Nieland has a deep love for music and is a gifted musician. Even after having lived and practiced medicine in Pennsylvania for much of his adult life, Dr. Nieland’s connection to the BSO remains strong. He still holds fondly his memories of growing up with a father in the BSO and recalls, “My father always seemed so pleased to walk onto the stage (at Symphony Hall). He was so reluctant to retire even at age 78.”

Over the years, Dr. Nieland has remained one of the BSO’s most faithful supporters, following annual programming and personnel changes and attending BSO concerts in Symphony Hall and Tanglewood. It is his love for music, community of family friends and musicians in the BSO, and continuing engagement with the Symphony that led Dr. Nieland to donate two rare 18th century Italian violins to the Orchestra. 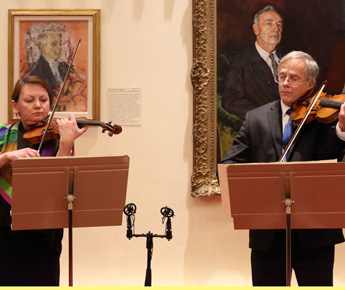 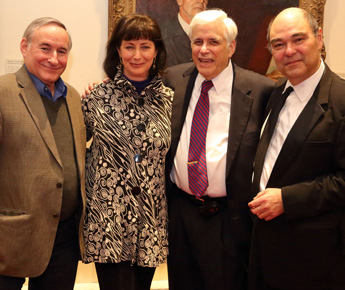 This gift marks a homecoming for the well-documented “ex-Zazofsky” violin, named for former BSO violinist George Zazofsky who performed on the violin during his tenure with the orchestra from 1941 to 1969. George Zazofsky was a good friend of Mischa Nieland and his fishing buddy. Dr. Nieland recalls hearing the exceptional sound Mr. Zazofsky made while playing this same violin over a half century ago at his parents’ home in preparation for a performance the two friends gave together. The instrument’s maker, Johannes Baptista Guadagnini, is widely regarded as one of the greatest luthiers in history, alongside Stradivarius.

When this instrument came on the market about fifteen years ago, Dr. Nieland, a violinist himself, was excited to be able to purchase it. Not only had family friend George Zazofsky played this violin, but Dr. Nieland’s own adored violin instructor Ruth Posselt briefly played the instrument during a solo appearance with the BSO at Tanglewood when she broke a string and borrowed George Zazofsky’s violin to finish her performance. During his years of ownership Dr. Nieland also performed on the Guadagnini as well as on the Gagliano with members of the Pittsburgh Symphony Orchestra in chamber music at his home.

At the BSO again, the “ex Zazofsky” Guadagnini will be played by First Associate BSO Concertmaster, Helen Horner McIntyre Chair, Tamara Smirnova, while the Gagliano will be played by BSO violinist James Cooke.

In late January, a reception was held in Symphony Hall in celebration of the gift of these two rare violins. The reception was attended by Peter Zazofsky and Erika Goldberg, children of the late George Zazofsky; friends of the Nieland family; Deborah and Philip Edmundson Artistic Partner Thomas Adès; as well as members of the orchestra, and BSO staff and administration.

The program included performances on the violins, with Ms. Smirnova performing Allemande from Bach’s Partita No. 1 in b minor for Solo Violin on the “ex-Zazofsky”, Mr. Cooke performing Largo from Bach’s Sonata No. 3 in C Major for Solo Violin on the Gagliano, and a duet performance of the first movement from Prokofiev’s Sonata for Two Violins Op. 56.

In his welcoming remarks, Eunice and Julian Cohen Managing Director Mark Volpe thanked Dr. Nieland for his generous gift, telling the guests, “We are so fortunate that despite his wonderful career in Pittsburgh, Dr. Nieland’s heart remained in Boston.”

Speaking about his family’s history with the BSO, his personal connections to these two violins, and his decision to donate them, Dr. Nieland reflected, “One should be mindful of the fact that we are all only temporary possessors of these precious objects or works of art. We are renters, in a sense. Someone owned them before us and someone will take possession of them after we are gone. . . I believe it is important to guide their destiny whenever possible. I know James and Tamara will be conscientious custodians of these rare instruments.”

The BSO is honored to join the long history of musicians who have cared for and performed on these beautiful violins.

« The Met star who is now a realtor