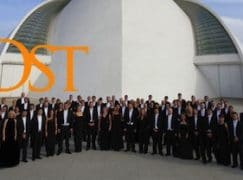 A statement by the Orquesta Sinfónica de Tenerife

The management of the orchestra have issued the following statement:

Commenting on Tuesdays the 22nd and Wednesdays 23rd of May articles about the Orquesta Sinfónica de Tenerife and our Principal Conductor Antonio Méndez, the Orchestra would like to make an official public statement on the misinformation and not contrasted anonymous sources appearing on Slipped disk.

The appointment of Antonio Méndez is the culmination of an almost three year process where musicians of the orchestra took part at several points. A process that begun much before the appointment of Mr. Parera as Technical Director of the orchestra and was held according to the internal agreements between management and musicians. Mr. Méndez was one of the 3 candidates the musicians proposed to the management the past October by the orchestra. The musicians gave a unanimous vote to these three candidates. According to proposal the board selected the Antonio Méndez. There is no doubt about Antonio Mendez’s artistic value and moral integrity. Therefore we reconfirm his appointment. We also have no doubt about the transparency of Mr. Parera’s designation in public competition one and a half year ago. His credentials were proved at the time and his references supported all the documents given by him.

The Orquesta Sinfónica de Tenerife would like to express their support to both Mr. Méndez and Mr. Parera. From now on we will not make any more comments on these defamations. We are looking forward to working and growing all together for our audience doing the best we know: music.

« Just in: Maestro has fourth baby

Leonard Slatkin: I should have listened to my heart »