You can join our orchestra – if you speak Catalan

Fluency in the Catalan language is the new policy of the socialist government of the Balearic Isles, and it is being imposed right away on the symphony orchestra.

Just one problem: half the existing players are foreign nationals and the music director, Joji Hattori, is Japanese. 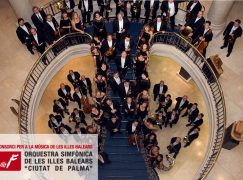