Where Herbert von Karajan got his high heels

According to a new article, the conductor started wearing shoe inserts in Breisgau around 1940 in order to come up to the height of his statuesque second wife, Anita Gütermann. 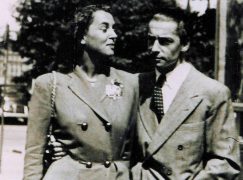