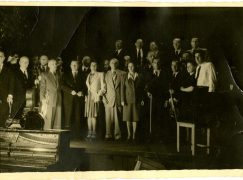 A photograph unearthed by the National Museum of American Jewish History in New York shows Leonard Bernstein (right), 29 years old, with a group of concentration camp survivors who are being housed in May 1948 in a displaced persons’ camp near Munich.

The survivors had formed their own orchestra and, hearing Bernstein was in town, reached out to him to conduct. 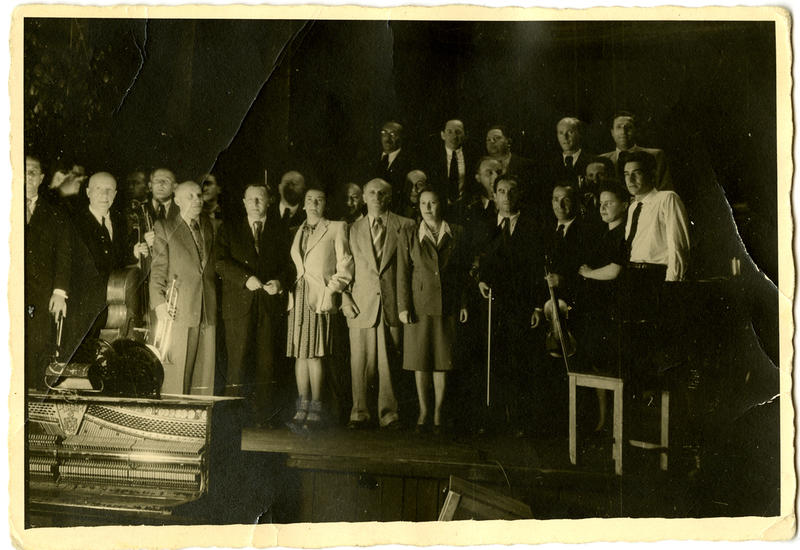 The image gains poignancy from a 2017 movie I have just seen, Bye Bye Germany, detailing the lives of DP camp refugees.

Catch it as and where you can.

« ‘Tories are to blame for the survival of classical music’