What happens when you put an MP in charge of music

The first thing he discovered is that opera gets eight times as much state subsidy as pop music.

He’s shocked by that. Shocked.

Maybe he should have stayed in the naive world of politics where no-one realises that pop is a commercial form of music, a field that is supposed to exist without subsidy. 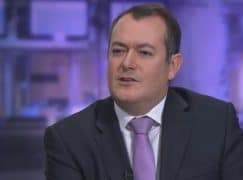