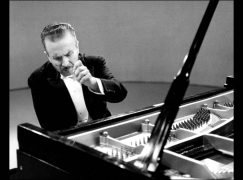 The least remembered giant of the piano

Name the ten foremost pianists of the 20th century.

In no particular order:

So who have we forgotten?

‘Tories are to blame for the survival of classical music’ »