The international baritone Håkan Hagegård has resigned from the Royal Music Academy in Stockholm following allegations of sexual harassment.

Hagegård has made no comment. The Royal Music Academy issued a statement: ‘The Board of the Musical Academy welcomes Hagegård’s decision.’ 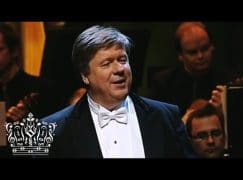 « How to deal with a concert phone pest