Sponsor walks out on ECHO awards

The German record prize – given this week to a pair of Holocaust-joke rappers – has lost its first major sponsor.

Voelkel, an organic food company, says it does not approve of belittling genocide. 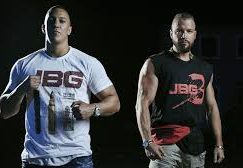