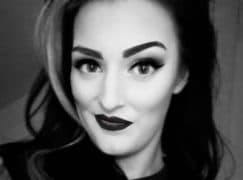 A company called Band Management Universal has apparently shut down after a deluge of complaints.

The company is said to have charged musicians for services it never delivered and to have engaged in abuse campaigns against those who complained.

The MU’s Horace Trubridge calls it the worst scam he has seen in 20 years.

PLEASE SHARE THIS – IT’S IMPERATIVE FOR US TO CATCH MATTHIAS

Do YOU recognise this man’s voice? If so get in touch. It’s the voice of Matthias of BMU, the man responsible for heading up the BMU management scam that has seen hundreds of musicians, scammed out of thousands, followed by a vicious hate campaign against any of us that dared to stand up to him. Help us catch him, so justice can finally be served for those of us that fell victim to him.

For more information on the BBC story: bbc.in/2GgYhnR

« The piano duo we’ve all been waiting for?